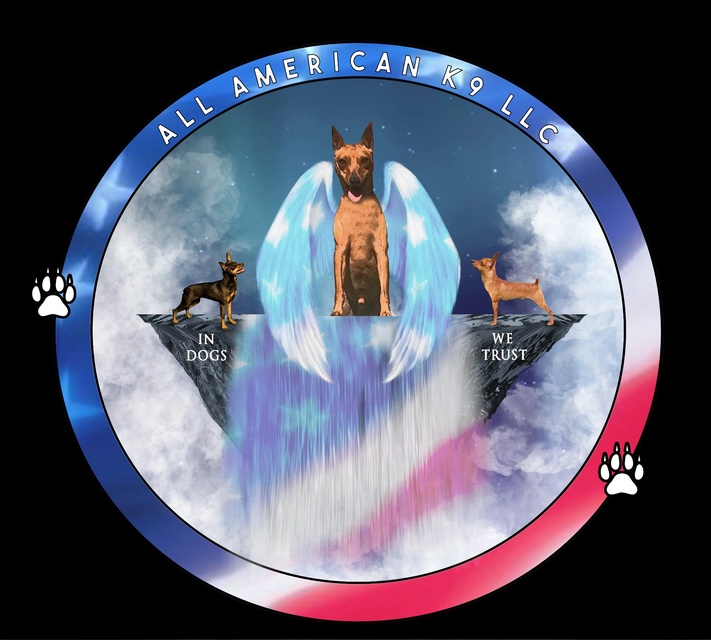 The Harlequin Pinscher and the Miniature Pinscher share a common ancestry. Like many breest population in check when vaccines and modern medicine were still centuries away. The term “pinscher” describes the group’s manner of working, using their mouths to bite, or “pinch.” He is a smaller replica of his older and larger cousin, the German Pinscher (not to be confused with the Doberman Pinscher, which was also modeled off of the German Pinscher). It is believed that the old German Pinschers were crossed to the ancestors of the modern-day Italian Greyhound, Dachshunds, and other small dogs of the time and area.

When the Min Pin gained recognition and popularity as a breed around the 1890s, its success kicked off a contest to see who could produce the smallest specimens. However, the smaller-framed dogs were left vulnerable to injury and disease. Eventually, breeders realized the error of their ways, and they once again produced dogs of sound structure and suitable size. By the time World War II had ended, the breed’s popularity began to soar. The prancing gait exhibited by many in the breed caught the eye of a number of dog aficionados. The Min Pin was first brought to the American show ring in the 1920s, and from that point on it has remained an easily recognized and popular small pinscher breed throughout the world.

Originally, “harlequin,” or merle, was an acceptable color found in the Miniature Pinscher breed. However, by the 1950s it had been bred out. In 1990, a breeder in the United States incorporated the coloration back into the breed by outcrossing to small merle terriers, then breeding back to Miniature Pinschers. Today, the dogs breed true, being identical to the Miniature Pinscher in every way, except for coat color. In addition to merle (or harlequin), the dogs also come in piebald, and sometimes brindle.

Head: Mesaticephalic skull type, moderate in size, forming a somewhat elongated wedge-shape, and in proportion to the rest of the body. The skull is flat from the front and in profile, of a moderate width, and tapering toward the muzzle from all directions. The occiput is only slightly prominent. The cheeks and temporalis areas are smoothly muscled to denote strength. The head is clean-cut and without excess skin or wrinkle. Total head length from occiput to nose is equal to half the length of the topline.

Eyes: Moderate in size, oval to almond in shape, and may be slightly obliquely set. They are medium to dark brown in color, but may be lighter in liver and nonstandard color varieties. The eye rims are well fitted and well pigmented. The eyes are never bulging. There should be sufficient bone in the surrounding orbital sockets to protect the eyes.

Ears: Somewhat small to medium in size, set high on the skull, and may be natural or surgically cropped, firmly erect, pricked, drop, button, rose, semi-erect, or tulip. Preference is given to natural drop ears with tips that lie close to the head and folds that remain level with the topline of the skull. The ears are never long or overly large. Cropped ears may be cropped short, or long and erect.

Muzzle: The muzzle is strongly developed and a prominent feature. It is full and tapering toward the end. Upper and lower jaws have good bone substance, appearing strong, well developed, and equal in length. They are never snipy or weak.

Nose: The nose is well pigmented and black, or self-colored according to the coat in nonstandard color varieties. The nostrils are well opened.

Neck: Moderate length allows for proud head carriage, it is strongly muscled with an arch. The neck tapers smoothly from the deeper and broader body toward the head. The neck is clean-cut and without excess skin, throatiness, or dewlap.

Chest: Deep and broad, but never wider than deep. The brisket extends to the point of the elbows. The point of the sternum is somewhat prominent, giving the forechest a distinct profile.

Feet: Small, oval to round, and compact, with well-arched toes and tough pads.

Tail: Set high on the croup. It is thick at the base and tapering toward the tip. The tail is carried in accordance with the dog’s mood and energy level, held high above the topline, and never tucked. Tail may be left natural (preferred) or docked short. Natural tails are of a moderately long length, with the tip of the last vertebrae extending to the hock joints when held down. Natural tails may be straight, gently curved, sickled, sabered, or forming a circle. Docked tails are cut short to within two tail vertebrae.

Movement: The characteristics of healthy structure are evident and without exaggeration or imbalance. The characteristics of healthy structure are evident: when moving away, the forelegs and rear pasterns should remain parallel to one another. When viewing movement from the front, the forelegs should remain parallel, with elbows and paws moving neither in nor out. From the rear, the back pads should be visible when the rear legs are extended. As speed increases, the forelimbs and hindlimbs will converge to the centerline of gravity. From the side, the topline should remain firm and level. Good reach of movement in the front allows the forepaw to extend out in a line with the nose. The width between the forefeet when extended should be approximately equal to the width between the hindfeet when extended, indicating balance, good reach, and good drive. Dogs that exhibit any sign of breathing or locomotive difficulty shall be disqualified from the show ring.

Temperament: The Harlequin Pinscher is a wonderful and devoted companion dog. He is intelligent, watchful, eager to learn, lively, and even-tempered. Mature individuals exhibit a great deal of self-composure. The “pinsching” instincts can be quite strong in some individuals, and therefore, supervision around smaller pets and obedience training is necessary. Like Dobermans, they are very people-oriented dogs and can become somewhat of a shadow. Therefore, they enjoy accompanying their people everywhere they go. Any unprovoked aggressive or fearful behavior toward people is incorrect for this breed.

The button below will take you to any available Harlequin pinschers

Copyright © 2018 ALL AMERICAN K9 AKA CHIPPS DREAM - All Rights Reserved.